The Unbearable Lightness of Crashing to make international debut in Italy

James J. Butler and Charles Austin Muir grew up watching stuntman Evel Knievel. Years passed, and they forgot what it was like to follow Knievel’s death-defying motorcycle jumps on television. Then James dusted off his 1990s replica of the 1973 Evel Knievel toy stunt cycle and had Charles capture one of the toy jumps on video. Watching the initial footage, they found something so joyous and ridiculously suspenseful about the moment when ‘Mini Evel’ left the ramp and soared over a row of toy vehicles. Would he make it? Would he crash? How would he land? And how is it that James and Charles empathized on such a pulse-pounding level with a piece of plastic? To address that last question, they made The Unbearable Lightness of Crashing. This tongue-in-cheek, art house-style film celebrates ‘Mini Evel’ and his heroic reflection of the human struggle. 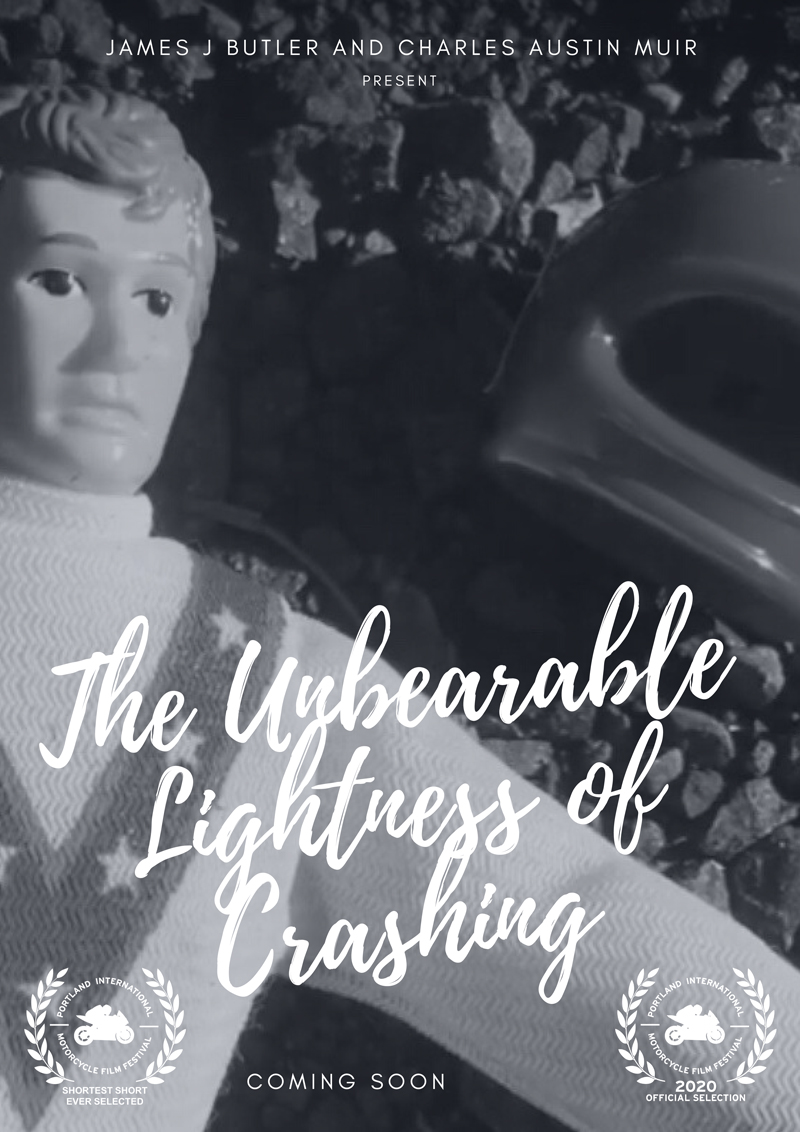 James J. Butler is a professor of physics at Pacific University where he has developed and implemented innovative teaching methods and built a successful program of optical materials research. He combines his passions for physics and motorcycles through his research, which focuses on the development of high-speed, self-healing fabrics for motorcycle protective gear. Or, as his students put it, James is developing superhero clothes. Charles Austin Muir is the author of This Is a Horror Book and Slippery When Metastasized. He read his short story The Time I Took Hamlet Right into the Danger Zone, about a faster-than-light speed motorcycle, at the 2019 IJMS Conference.